Saying strong is the new skinny makes about as much sense as saying blue is the new pink. It is NOT and NEVER will be. And by the way, it may be insulting to those who hear it. 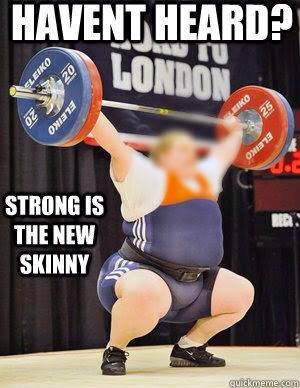 I get where these people may be coming from. Maybe they used to have an eating disorder where they could never be thin enough and now finally they are ok being a little bigger (read stronger). Maybe they don't think being really thin is as attractive as being a little more muscular. I think however they may be trading one obsession for another.

Body image is a touchy topic typically more in the female realm. For a long time thin was in, celebrities who gained a few pounds were splashed on covers and called fat. Losing the baby weight practically overnight was hailed as a success (with these mothers completely missing the fact that they may be hurting their babies if they were nursing or worse yet not caring because vanity was more important). Anorexia, bulimia, and a host of other disorders sprouted up....thin was considered the desired look to many. 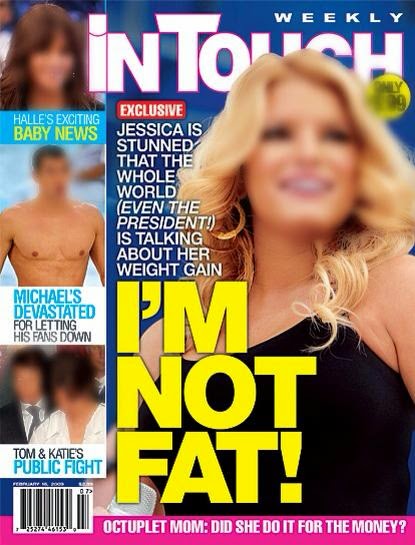 Now we see Strong is the New Skinny....Real Women Have Curves..Skinny is not Sexy, Health is..... and I can't help but think....what about the actual naturally skinny women? I saw an article recently on this and at first I kind of thought oh poor naturally skinny girls with their skinny girl problems but then I thought about it a little more and thought we NEED to STOP...we need to stop categorizing women based on the numbers on the scale. Back in the renaissance days hefty was sexy, skinny probably meant the poor thing was literally poor. But guess what? God made us all different, some are bigger, some are smaller, but that shouldn't define us. Some women are actually naturally thin and they may eat like champs and just not put on weight...so are they to think they are not sexy, not good enough, that there is something wrong with them?! Should they have to listen to you tell them to eat a hamburger or that a strong wind would blow them away?? No, but that may be what they are hearing.

I think this new Crossfit, Hard Exercise Works, hardcore workout stuff is getting out of hand. If you are spending more time in the gym than you are quality time with your family, I would say your priorities are screwed up. If you are constantly criticizing and critiquing your body in front of your kids I would say knock it off. They love you for you, complaining that your butt is too big is kind of telling them there is something wrong with what they love....oh and possibly setting them up for body image issues/eating disorders down the road. I am not saying to sit around and eat hohos every day, but I am saying this shouldn't be your number one priority in life. Working out is good for you but there is a line between being healthy and obsessing over it ...from what I see lately I think a lot of people are crossing that line. 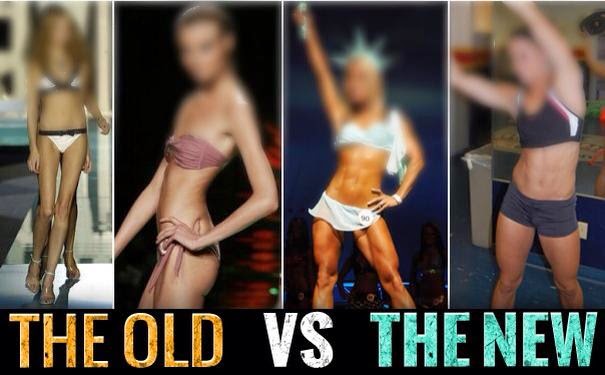 I grew up in a house that loved skinny, they liked that 5'10", 120 pound heroine chic look....when the rest of the world was loving JLo's body, I think they were probably thinking a good diet should be on her menu. I grew up acting and modeling...modeled and acted in swimwear, even for companies as big as Adidas, even did swimwear on the runway as an adult and even at my thinnest, I probably thought I could drop another few pounds, which was probably a nutty way to think. I worked out A LOT and watched what I ate very closely but thank God I never succumbed to an eating disorder but know many, many girls do. I modeled until my mid twenties and then had kids.....kids have a way of making you gain a few pounds, or in my case, more than a few. I could probably write a whole other blog on not starving yourself during your pregnancy due to vanity but will stay the course:) After my twins I finally got back down to below my wedding weight but I waited until I was done nursing them to do so. Did the vain part of me hate this, yes, but guess what Moms...it ain't all about you! Do I mess up as a parent, yup, but this was something I felt I got right.  I get so aggravated when I see new Moms on the cover of a magazine talking about losing the baby weight so fast when their baby is still tiny. If you are nursing this is not smart and should not be applauded. 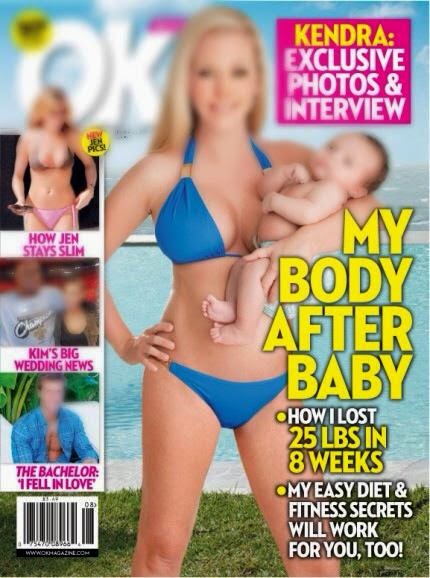 Now a few years later I have had some major health issues which include but are not limited to severe back problems with multiple herniations, protrusions, disc degeneration, spinal stenosis and these issues plus some others ended up with me gaining some weight. To say it is hard is an understatement because as much as I want to believe being thin isn't so incredibly important, so much of my past says it is. Maybe I went through this to see what it is like on the other side, maybe I can make a difference in other's lives?  I am learning though that I am SO MUCH MORE THAN A NUMBER ON A SCALE. We as women need to find value and worth in more than our size, more than the number on the scale, more than the number of ab muscles we can count....we need to STOP saying one body image is better then the other. No, STRONG is not the new SKINNY, because skinny doesn't need to be replaced. 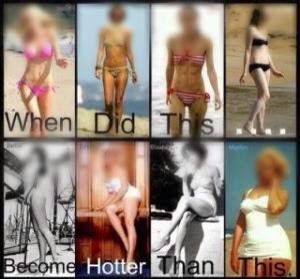 Now that I have started losing weight again people feel the need to comment which isn't that big of a deal, but when it is in front of my kids I am not as thrilled. I don't go on to my kids about losing or gaining weight. They have no idea that I boxed up my size 0-6 clothes and put them in the garage. This doesn't and shouldn't concern them. They don't need to see a mom whose happiness depends on her size. I am starting to see this in a new light, I used to sort of like the Real Women Have Curves type of ads because I used to think that we were praising being thin too much, but just lately have I realized that by praising one we are insulting another. 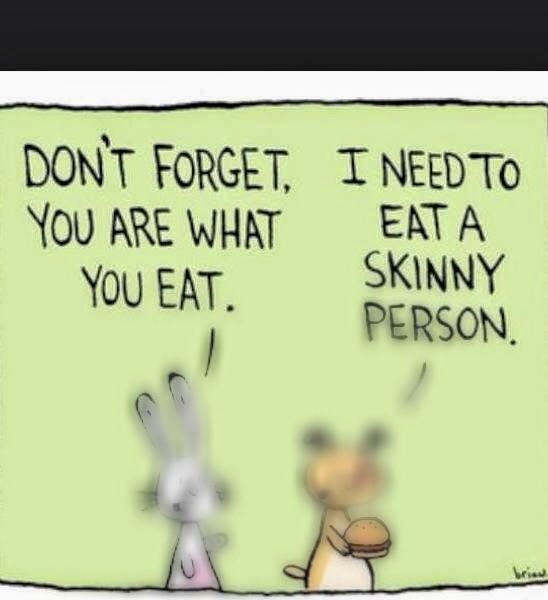 To all you naturally thin women out there: you are exactly how God made you, stop letting the workout fanatics and women with curves make you feel less than beautiful.

To all you naturally curvy women out there: I say basically the same thing, stop letting the workout fanatics and thin women make you feel less than beautiful.
Can we just embrace all the shapes and sizes and love ourselves for the way God created us?

Love to hear your thoughts below!
Posted by Christy Lee Taylor at 11:49 AM

Christy Lee Taylor
Here I am in blogger land, not exactly sure why or how often I will visit, but for now I will stay! Love to hear your comments! I guess you could say I am a melting pot of things past and present having grown up playing sports and acting/modeling and now as an author/producer/speaker. My favorite role however is as a wife and Mommy to 3 kiddos!